Merton's Reward - The Owner & His Gold 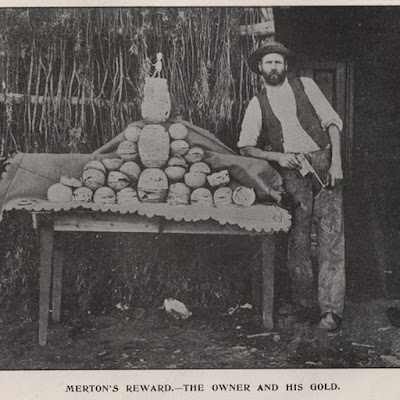 "At the end of December, 1899, or just nine months after the beginning of operations, the returns indicated that 5,000 tons had been raised and milled, yielding 12,000 oz, with an additional 5 dwt. in the tailings."

On top of the gold, is a small carved golden miner, Merton liking to carve images of men and horses from his gold, while waiting for the crushing to take place. He is also holding a pistol.

Rather than immediately selling it to a company, Merton operated the mine himself, employing 30 men. Merton was mine manager, assayer, gold escort, engineer, accountant, only employing men to actually mine the ore. He was clearly a capable man, although subsequent owners were horrified to see large unsupported caverns underground, and a haphazard mining method.

At the end of 1901, Merton accepted an offer from Charles Kaufman of 10 000 pounds for the mine and one third share of the company to be formed to operate it.

By 1907, the company abandoned mining at the site. It was let to tributers for a couple of years before they too abandoned it.

It would appear Merton had got out most of the gold, and the sale price also left him a rich man. He had sold 60 000 of his shares, making a 85 000 pound profit.

Merton's Reward Gold Mine is 35 kilometres north-east of Leonora. 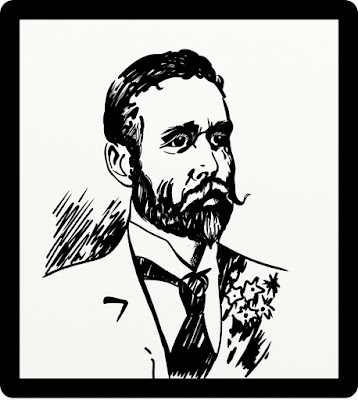