Their Poetry Tells a Story

Very little poetry appears in newspapers and popular journals today but poems, rhymes, and jingles were frequently included in magazines and some newspapers at the turn of the century. A surprising number of good poets lived in the eastern goldfields at that time and most sent their offerings to Kalgoorlie's Sunday Sun. One of the most prolific and regular early contributors was 'Dryblower ' (Edwin Greenslade Murphy), whose work later became well known to many Western Australians in Perth's Sunday Times. 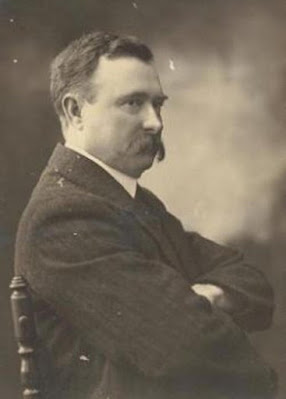 Dryblower wrote some serious poetry but composed mainly topical jingles for the Sunday newspapers. He drew his inspiration from incidents that he heard or read about. His first jingle was published on the goldfields in 1893. It was based on reports that appeared in the eastern States' newspapers concerning a well-known Melbourne mining speculator's impressions of the goldfields. This man had reported that he was pleased to see a distinct line drawn between the gentle­man miner and the ordinary workman in Coolgardie, claiming that gold was so abundant that a gentleman miner (whom he referred to as a 'jackeroo') was placed over workmen to safe­guard the mine owner's interests. It seems that there were also reports in the eastern Press of the hardships suffered by these mining jackeroos. Dryblower's poem, 'The Fossicker's Yarn', was published by the Coolgardie Miner, the Sydney Bulletin, and other journals in the eastern States. It begins:

It ain't the price o' water nor the scarcity of grub

That the fossicker discusses of an evening in the pub,

Or underneath the salmons where on sultry nights we sit,

When the ivories are clicking and the billiard lamps are lit;

We ain't inclined to grumble - we're contented with our lot­ -

Though with water a bob a gallon, mind, it's coming pretty hot;

Of some jackeroo's adventures, and the agonising tale

That he's written to his mother, who, being in the clique,

Has had his yarn inserted in an Eastern penny shriek.

How he travelled to Siberia, and had to shoot his nag,

And half a column drivel on the empty water-bag;

How he slowly staggered onwards, and circled in his tracks,

And clutched his cheap revolver, scenting danger from the blacks,

That he walked the usual sixty miles without another sup,

And led an expedition out to pick the dying up;

Well he finishes his letter with a never-failing moan,

How his wanderings in the wilderness has made him skin and bone,

And his mother sends a bible and his father posts a cheque,

Bringing joy and consolation to the worn and battered wreck.

Well the truth about the matter is these darling mother's pets

Would swear they did a perish if deprived of cigarettes.

Entertainment may be scanty and our pleasures may be few,

But we have a mild excitement in the mining jackeroo.

So we gather and discuss him, and for hours we often sit

When the ivories are clicking and the billiard lamps are lit.

Murphy wrote jingles on all sorts of subjects and topics. When a chiming clock was placed in Kalgoorlie 's post-office tower in 1900 he wrote:

What a wealth of music from its mechanism wells.

In these lofty realms contracted, known to but a favoured few,

Ah, what scenes have been enacted, by the lovers there attracted

Politician, Mr F. C. B. Vosper, wrote a letter to the Kalgoorlie Miner in October 1900 suggesting that a railway line be cut through from Lakeside, south of Kalgoorlie, to Esperance on the coast, 'tapping the intervening thickly timbered country, and giving facilities for intercourse to a larger population'. Dryblower delightedly commented:

Good gracious me! well - on my word!

These legislators are absurd

And just a bit ambiguous.

Our newly-wed no doubt thinks he

Could there to deep seclusion flee;

A trifle too contiguous.

The predominance of single men on the goldfields inspired 'The Great Unmarried':

Dry your moist and mournful eye.

Cease to hide your blushing radiance all unseen

Or you'II rank among the glories that have been . . .

In 1900 Paddy Hannan paid a visit to Kalgoorlie, which had been built as a result of his finding gold there. The old prospector was still searching for gold, without much success, and his visit inspired the more sober poem 'Pioneers':

Which your hands have helped to write ...

You have pointed the way to riches

To a halting timorous breed,

You have glutted the palm that itches

And gladdened the soul of greed.

They have stifled your restless spirit

And today you glean a pittance mean

Where once you roamed and ruled.

Another poet, J. Fitzpatrick, who wrote under the name 'Willie-Willie', contributed some of his work from time to time. In December 1899 he wrote his impressions of the way the State Government was handling the alluvial mining disputes:

The Ship of State is on the shoals,

The crew is drunk or mad;

The angry sea, all foaming, rolls

The winds moan loud and sad

A tyrant of the deck

In danger dire of wreck.

The barnacles, corrupt, of old

It needs a captain true and bold To pull her through the dark,

To steer the ship and freedom save

To save her from a watery grave

The precious ship of State.

Tom Wilson, or 'Crosscut ', was another poet who wrote descriptive and sometimes haunting poetry. 'The Boulder Block' gives vivid glimpses of a crowded 4000-square-metre block of land, situated almost among the mines of the Golden Mile. It once held six hotels and several business houses.

Health and wealth and grief and squalor

'Trampish' shows Crosscur's love and feeling for the goldfields' bush:

It has come like the smell of the trees and the rain,

And the desert lies rolling before me:

And I'm tramping the track thro' the saltbush again

For the spell of the mulga is o'er me

And out on the plains where the quivering haze

Is dancing afloat in the shimmering blaze,

Here's ho! for the pride of the long lusty days,

I am crushing the leaves of the saltbush again,

For the spell of the mulga is o'er me!

I know 'tis a glamour that soon will have died

When I turn from the towns to her bosom so wide,

She will take me and break me and cast' me aside­

But the mulga is calling me, calling.

The 'Boulder Bard' wrote the well-known 'Ode to Westralia' and his verses, especially the last three,'breathed the atmosphere of Hannans':

Home of wind and willy-willy,

It is midnight The mine whistles blow their droning blasts

On the hot night air.

Are gilt in silver.

Are glistening in the moonshine.

The Golden Mile Has been blest in the balm

That were I bathed

I still would crave the beauty

The birth of a son in 1904 inspired one man to add a verse to the birth notice in a Kalgoorlie newspaper:

I'm snigg 'ring ever since he came;

He strikes me as a joke -

While the best poets were having their poetry published, a great many were less successful. The editor of the Sunday Sun did not spare the hopeful contributors' feelings. In one 'To Correspondents' column he told 'Jo Murra': One of your verses, however, will be enshrined in our memory forever.

The camel urged forward is showing

A good backbone and freedom from cramps;

His legs, see, are working

'Veni' was told: 'Out of the forty-eight lines written by you, we pick the following:-"We feel it a burden, insufferably weary and slow"'. Whether these poets were good, bad, or indifferent is a matter for individual judgment, but in their descriptions of contemporary events and scenes, they enriched the history of the goldfields.

This article was written by Norma King and first published in "Colourful Tales of the Western Australian Goldfields" in 1980.